Erda, Utah is a growing community that consists of over 4,600 people as of the 2010 Census. It is situated between Stansbury Park and Tooele in Tooele County, Utah. This city is one of the safer places to live out west as it only sees about 2,300 crimes in a year per 100,000 people. Most of these crimes are related to property, which means that things like murder and rape are nearly non-existent. The yearly crime rate averages about 19 percent lower than the national average with only approximately six crimes happening per day. 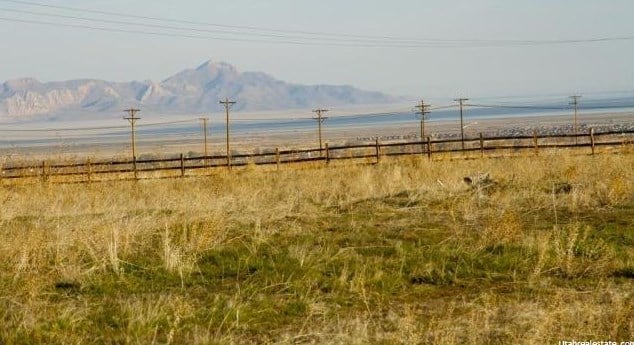 Most women in this city give birth to their children between the ages of 30 and 34. Only 24 percent of the female population has children in later years between the ages of 35 to 39. The current birth rate is only at six percent, which accounts for the steady population growth over the last decade. As far as statistics indicate, there are very few teen mothers in the area, and much the same goes for unwed mothers. However, about 77 percent of unwed mothers in the area are on some public assistance.

There are about 650 total housing units in Erda, Utah. There are roughly 35 houses per square mile. Such statistics are down 50 percent between 2010 and 2015. Reasons for this change are unknown at this time. Only about 17 percent of households fall under a rental agreement, meaning that a homeowner owns the other 83 percent of households in some way. Most homes in the area are valued at approximately $310,000.00 on average. Therefore, the average mortgage cost each month is about $1,500.00, which attributes for about 23 percent of the total household income. About 27 percent of houses do not have mortgages, so they are paid in full by their homeowners. On the other hand, 73 percent of homeowners do have a mortgage to pay each month as they have yet to pay for their homes in full.

For people who do pay rent, the average payment made monthly is about $710.00. However, this rental cost makes up for about 63 percent of most renters’ monthly income payments. Other home costs are around $350.00, so living in this area is rather inexpensive as far as utilities are concerned. In both homeowner and renter situations, housing costs account for at least 25 percent of a family’s monthly income. An added bonus for renters is that 93 percent of rental agreements also pay for utilities like water and electric. Real estate taxes each year amount to about $2,000.00, though.

The average rental property size has about two or three bedrooms. These properties cost between $700.00 and $1,500.00 each month. For homes that have mortgages and homeowners, though, a house has about six rooms total. Most of these properties, regardless of rental or homeowner situations, were built somewhere around the year 1993 or newer. Between 2000 and 2009 there was a 27 percent spike in homes and other properties being built in the area. Likewise, this time frame saw about 37 percent of homeowners moving into the area. Much the same goes for renters at 87 percent. Most of these homes are one building detached from one another. Additionally, 99 percent of all these properties are inhabited by either a renter or a homeowner or family.

Judging by these statistics, Erda, Utah is a rather safe place to live. The community seems to have been thriving in the last two decades, so it might continue to grow in years to come. More and more families seem to be moving into the area, even if women are waiting until later in life to have children. Most families seem to be focused on the mother and father having a career and education beyond high school, which are to factors that have helped the community to grow so much in recent years.

Our property management team specializes in residential areas throughout Erda, UT. We offer multiple services to take your rental property and convert it into reliable income. We have a thorough screening process that helps to identify the right tenants for your property. Our team works hard to keep both parties happy through effective communication, bullet proof lease agreements, and timely monthly rent collection. We offer maintenance services to enhance the property and ensure that it will retain or increase in value. We oversee everything, allowing you to sit back and relax and know that your property and your tenants are in good hands.

Contact us today if you are ready to receive a comprehensive analysis of your rental property and to inquire about our Erda area property management services.

Tooele property management experts. Focusing on maximizing your profits and maintaining your rental property with our award winning services.